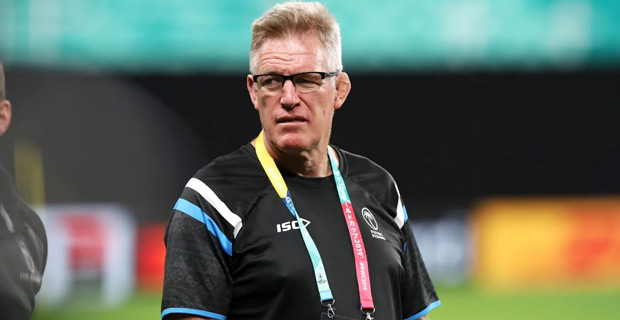 O’Connor says McKee can apply but that is McKee’s decision.

Fiji Airways Flying Fijians Coach, John McKee’s contract expires on the 31st of this month, and McKee has to apply for the position if he wants to be part of the candidates on the list to get the job again.

Fiji Rugby Union CEO, John O’Connor says McKee presented the report of the 2019 Rugby World Cup to the board.

O’Connor says the board advised McKee that FRU will advertise the coach’s position, and he can apply for the position.

The board will then look at the calibre of coaches and make a decision on the coach before the end of this month.

O’Connor says McKee can apply but that is McKee’s decision.

Although there is some speculation that some overseas coaches including former 7s coach, Ben Ryan and others may be considered for the job, O’Connor says there has been no discussion with any overseas coach.

He says it all depends on whether these people are interested and will apply for the job.

McKee will not make any comments on whether he will apply for the job.