Floyd 'Money' Mayweather soaking up the sun in Fiji

Floyd 'Money' Mayweather soaking up the sun in Fiji 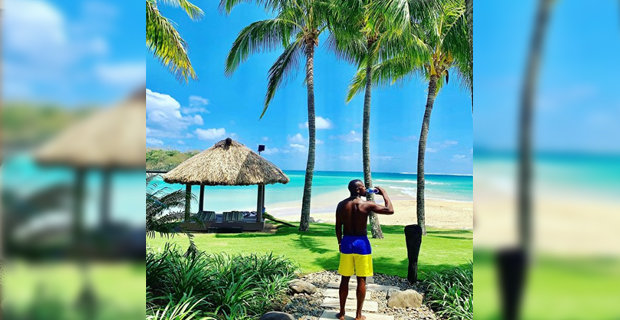 He posted a photo on Instagram standing near the beach drinking Fiji Water and wrote “Drinking a Fiji in Fiji”.

He went to say “I know this looks like a postcard, but what did you expect”.

There was a follow up video posted by Mayweather which shows him riding a horse and calmly enjoying the Fiji sunshine.

‘When they say Floyd is really getting it, just know they’re not horsing around 😂

During his career, Mayweather held multiple world titles in five weight classes and the lineal championship in four weight classes, twice at welterweight.

He retired with an undefeated record.

As an amateur, Mayweather won a bronze medal in the featherweight division at the 1996 Olympics.