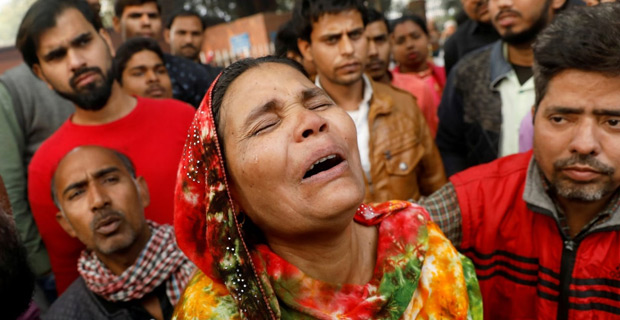 A large fire has swept through a bag factory in the Indian capital Delhi, killing 43 workers.

BBC News reports the blaze broke out at the four-storey building in the city's congested old quarter early this morning.

At least 100 people were sleeping inside the factory, which mainly makes school bags, when the fire started.

More than 60 have been rescued.

Prime Minister Narendra Modi has called the fire "horrific" and sent his condolences.

A Chinese fishing vessel which has been carrying a dead crew member from May this year is stuck out at sea. An agent of the vessel has told ... 48 minutes ago