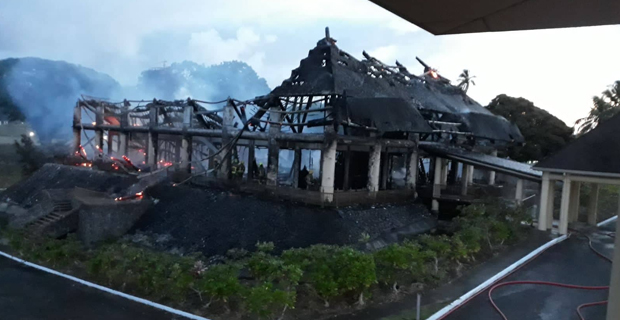 A fire early this morning destroyed the Valenibose building formerly known as the Great Council of Chiefs building at the iTaukei Trust Fund Complex along Queen Elizabeth Drive in Suva.

The building was commonly used for conferences and workshops including some major regional meetings.

Firefighters managed to control the blaze from spreading to the North and South Buildings at the complex which is occupied by the Ministry of iTaukei Affairs and iTaukei Affairs Board as well as the Lands Department.

Chief Fire Officer Qionilau Moceitai says they received a call about the fire at 3.40 this morning.

He says firefighters from the Valelevu and Walu Bay Fire Stations responded to the fire at 3.46 this morning.

Firefighters are still at the scene carrying out further checks.

The cause of the fire is yet to be determined as the National Fire Authority is at the initial stage of the investigation.

Australia's second-largest city has begun a second lockdown in response to a spike in new coronavirus infections. Melbourne's five million ... 53 minutes ago