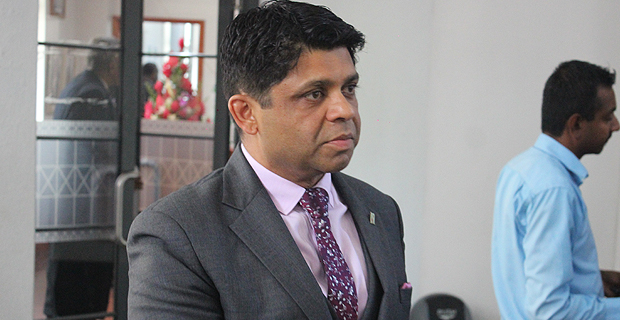 Fiji’s Green Bonds will be listed on the London Stock Exchange next month.

This has been highlighted in Parliament by Acting Prime Minister and Attorney General Aiyaz Sayed-Khaiyum while delivering his Ministerial statement on Fiji’s Green Bonds.

He has also stated that Prime Minister, Voreqe Bainimarama will be opening the London Stock Exchange next month where Fiji’s Green Bonds will also be listed.

Sayed-Khaiyum says the London Stock Exchange is the world’s premium listing choice and by listing Fiji’s Green Bonds we will be inevitably raising Fiji’s international profile amongst investors.

He stressed that Green Bonds are simply a crucial investment to secure Fiji’s future against the adversities of Climate Change.

Sayed-Khaiyum has also highlighted Fiji’s Green Bond is focused on adaptation and Climate Resilience Projects and this is a unique feature as compared to other Green Bonds adding that government is unwavering in its principle of accountability and transparency.

He says that through this, Fiji has set an example to other climate-vulnerable nations in finding new creative ways to raise climate finance.

NFP Leader, Professor Biman Prasad says that green bonds can be very fashionable to investors all around the world that would like to be part of green initiatives and be part of this global agenda.

However, Prasad says that some of the green initiatives are becoming mainstream activities for any government adding that Fiji needs to build on climate resilience infrastructure.

The historic Super W win by the Rooster Chicken sponsored Fijiana Drua sets the platform for the Fijiana 15s side as they will play in the Women’s ... 30 days ago

A group of people have come from Nadroumai Village in Nadroga to support Swire Shipping Fijian Drua centre Kalaveti Ravouvou against the Chiefs in ... 2 hours ago

Model, Meresiana Vatavesi from Ba who took part in her first Fiji Fashion Week last night says she is following in the footsteps of her sister, Sera ... 3 hours ago

After six weeks of testimony from Johnny Depp and Amber Heard’s legal teams, both sides have delivered their arguments today, and jury ... 4 hours ago

About 600 people back at work as Sheraton Fiji opens after undergoing $78.9 million refurbishment

About 600 people are now back at work after the opening of Sheraton Fiji Golf and Beach Resort in Denarau. The Resort has been closed since ... 4 hours ago
More News
TOP