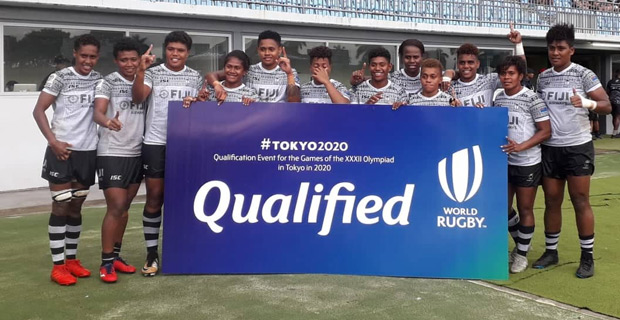 The Fijiana 7s team has automatically qualified to next year's Olympic Games in Japan after defeating Papua New Guinea 36-0 in the final of the Women's Olympic Qualifier this afternoon.

Raijeli Daveua was also given a yellow card for a dangerous tackle.

Fijiana Coach, Saiasi Fuli says their 6 weeks preparation has paid off and their are happy that they have reached their aim for this tournament.

Fuli says their preparation now turns to the Dubai and Cape Town 7s where the competition will be much higher than this.

He says that his players have done the country proud and it will be an achievement that he will cherish as a coach.

Fiji will now face Australia at 7.19 tonight in the finals of the Oceania Women's 7s Cup.

The Fiji Men's team will face Samoa or Australia in the final of the Oceania Men's 7s Cup at 7.50 tonight.