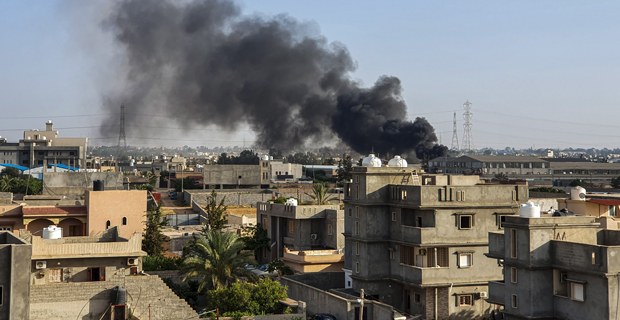 A Fijian man is one of three UN workers killed in a car bombing in Benghazi in Libya.

They were part of the United Nations Support Mission in Libya.

UN condemns car bomb attack in Libya which killed 3 UN workers, confirming that UN will not evacuate from the country https://t.co/r1dF91hW9m pic.twitter.com/a2LTUCKSdR

The explosion took place in front of a shopping mall as Libyans were out shopping in preparation for Eid al‑Adha.

Prime Minister Voreqe Bainimarama has sent his condolences to the family of the Fijian man.

He says Fiji's outsized role at the United Nations sometimes comes with outsized sacrifice as we mourn the death of one of our own.

Sadly, Fiji's outsized role at the @UN sometimes comes with outsized sacrifice. Today, we mourn the death of one of our own, who was senselessly killed by a car bomb in Libya. I send my condolences to the family of the fallen. God bless Fiji, and God bless our peacekeepers.🇫🇯🇺🇳 pic.twitter.com/KFWQsxBuR3

We join@antonioguterres to strongly condemn the bomb attack in Libya.We mourn the passing of 3@UN⁩ colleagues of whom 1 was a beloved #Fijian🇫🇯Our hearts are with the bereaved families as we commemorate their ultimate sacrifice,in the cause of peace https://t.co/PhqR79U7dl

United Nations Secretary General Antonio Guterres has condemned the attack “in the strongest terms” and extended his deepest condolences to the families of the victims.

In a statement, the Special Representative of the Secretary‑General for Libya Ghassan Salame says the explosion took place in front of a shopping mall in the eastern city of Benghazi, which resulted in a number of civilian casualties, including UN staff.

Salame says the explosion took place as Libyans were out shopping in preparation for Eid al‑Adha.

Footage circulated online showed what appeared to be burned United Nations‑owned vehicles as thick smoke bellowed into the sky.