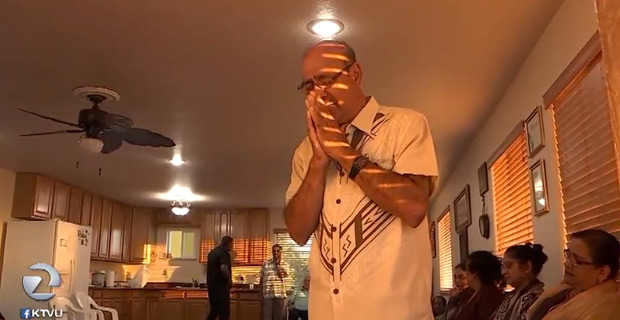 The Fijian community in Richmond in California in the United States are showing their support and sharing their condolences with the Maharaj family after 32-year-old Vineet Maharaj died in a shooting incident on Friday night.

Maharaj was in a vehicle when 13 gunshot rounds were fired that killed him and another person.

The third person who was in the vehicle is in a stable condition.

He says he wants to speak with the person or people responsible.

Richmond Police do not know the whereabouts of the shooter or shooters.

They have released a surveillance video provided by a neighbor.

Multiple gunshots can be heard on surveillance video. Then a dark blue Ford Explorer is seen driving on the street.

Police say they are looking for the driver of that vehicle who may have witnessed the deadly shooting.

The family plans to hold funeral services for Maharaj next Thursday.

The government developed two web platforms through the Geographic Information System (GIS) to better plan and mobilise resources during the COVID-19 ... 57 minutes ago