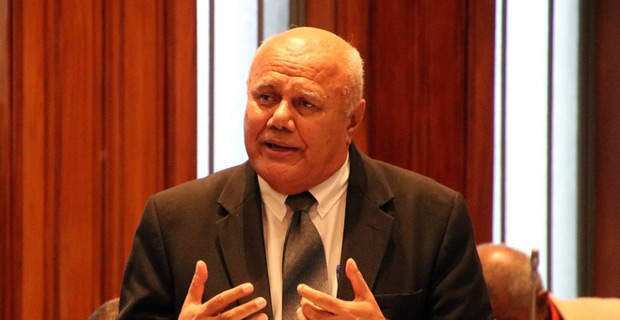 SODELPA MP, Viliame Gavoka [Photo:Parliament of the Republic of Fiji]

SODELPA MP, Viliame Gavoka says the FijiFirst government is just wasting the hard earned money of the taxpayers by spending on things that do not really matter to the people of Fiji and bringing in expatriates rather than training our own people.

While speaking during the 2019-2020 National Budget debate, Gavoka says the low priority spending has been the hallmark of FijiFirst all this time.

Gavoka also raised the issue about the government bringing in expatriates who come on huge pay and perks while our people are sidelined.