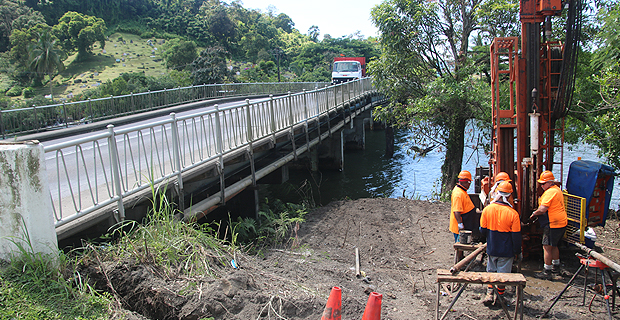 Organisations such as the Fiji Roads Authority and the Water Authority of Fiji which received $563.1 million and $349.3 million respectively in the 2018-2019 National Budget are again expected to receive similar budgetary allocations to allow them to continue with major capital projects.

Most of the budgetary allocations to the Fiji Roads Authority and the Water Authority of Fiji was directed towards major capital projects.

An allocation for the new 40 mega-litre treatment plant is also expected to be made which will be constructed in Viria, Rewa.

Public consultations have started and the project will be funded by the government, Asian Development Bank, European Investment Bank and a grant from Green Climate Fund.

A sum of $67.649 million was allocated for upgrading and replacement of bridges in the current financial year.

$5 million was allocated for the Tamavua-i-Wai Bridge while $2.7 million was put aside for the Vesidrua Bridge in Vanua Levu.

Work on these two important bridges are expected to continue in the next financial year as both are important access links to thousands of people.