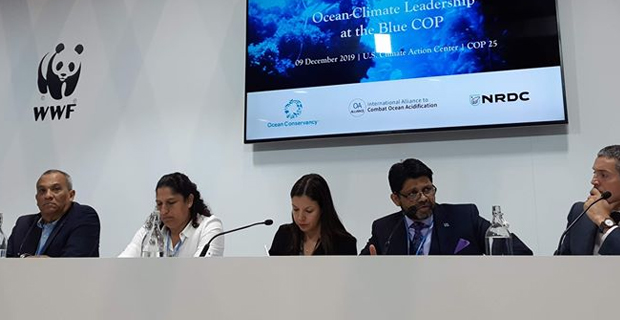 Taraska says that for too long, governments have largely overlooked the ocean in climate action and diplomacy, but the ocean and climate are inextricably linked.

She says climate change is devastating to ocean ecosystems, coastal communities and island nations; at the same time, the ocean is a source of solutions to the climate crisis.

Taraska adds that the U.S. administration has begun the process of withdrawing from the Paris Agreement, but U.S. nonfederal leaders are continuing their leadership in the global climate effort.

She adds U.S. States Taking Ocean-Climate Action which is a  bipartisan and bicoastal call-to-action from U.S. states has been signed by Maryland, Washington, Virginia, California, Rhode Island and Hawaii.

Taraska also says that these states are seeing the effects of climate change and are committed to ocean-climate stewardship to protect their communities and ecosystems.

She further adds that the leadership from these states and countries are an important step in the growing ocean-climate movement and it is essential for all levels of government to dramatically increase their ambition confronting the ocean and climate crises, which disproportionately affect frontline communities.

Minister for Economy Aiyaz Sayed-Khaiyum says the transport assistance has been reduced by $4.3 million in the 2021/2022 National Budget because they ... 2 minutes ago