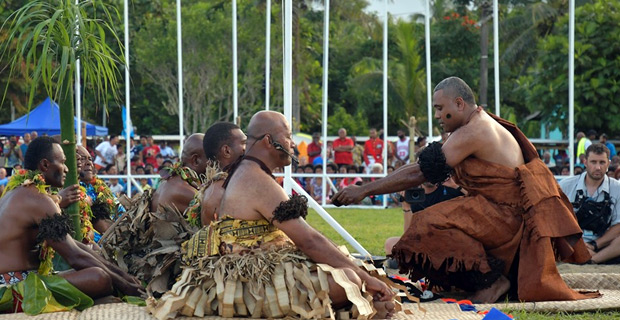 Fiji hosted 102 million dollars worth of film productions in the first half of this year.

Speaking at the launch of Eco-Challenge Fiji, Minister for Industry, Trade and Tourism Premila Kumar says in the last five years, Fiji has hosted 362 productions with a total value of around 897 million dollars.

Kumar says more productions are scheduled for the second half of the year.

66 teams from 30 countries are competing in Eco-Challenge Fiji which starts today in Tailevu.

It is being produced by MGM Television and will start showing in 2020 exclusively on Amazon Prime Video.

Each team is made up of four members.

As part of the race teams have to progress 24 hours a day, uninterrupted, over 600 kilometres of mountains and jungles.

One of the members of Team Tabu Soro is 45‑year‑old Anna Cowley who says its great to have the chance to compete in an Eco‑Challenge in Fiji.

Famous television presenter and survival instructor, Bear Grylls who is the host and co‑producer of Eco-Challenge Fiji is in the country for the race.