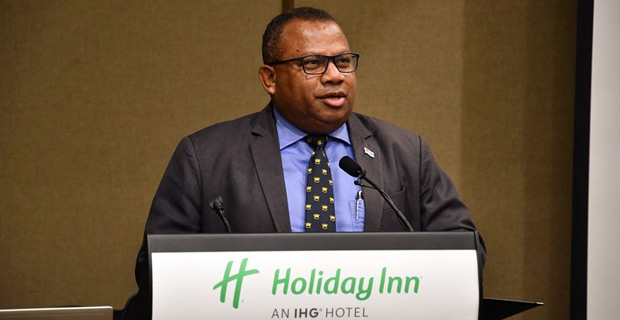 Minister for Defence and National Security, Inia Seruiratu says Fiji and Japan's bilateral relationship continues to grow due to extensive collaborations, ongoing initiatives, and exchange of bilateral visits between the two nations.

While officiating at the 35th anniversary of the Japan International Cooperation Agency Operations in Fiji at Holiday Inn, Seruiratu says Japan's support towards Fiji is evident by the JICA Loan AID, technical cooperation and volunteer programs in areas such as infrastructure development, maritime, fisheries, climate change, education and health services they continue to provide.

He says Japan has also been instrumental in advancing the security and territorial waters through the Economic Social Development Programme Grant Aid with assistance through Fiji Police Force.

The Minister says Fiji will continue to cooperate with Japan on post-cyclone Winston rehabilitation and recovery efforts through the “Adopt a school” program.

Seruiratu thanked the Japanese government for the assistance they provided in rebuilding schools that were destroyed by TC Winston.

Meanwhile, the JICA Fiji Office Resident Representative, Yukari Ono says Japan is proud of the achievements, results, and impacts of the cooperation and collaboration with the people and the government of Fiji over the years.

Ono says she still remembers the day when JICA first began its operation in Fiji with only 2 Japanese and two national staff and now has 22 staff members.

Japan International Cooperation Agency Operations began its operation in Fiji on the 1st of August 1984.

A 37-year-old man who is alleged to have raped, assaulted and robbed a 58-year-old woman in a settlement in Suva has pleaded not guilty to all his ... 54 minutes ago

A 36-year-old man from Samabula who was allegedly found with two bags of methamphetamine and five bullets of marijuana has been remanded in custody ... 58 minutes ago