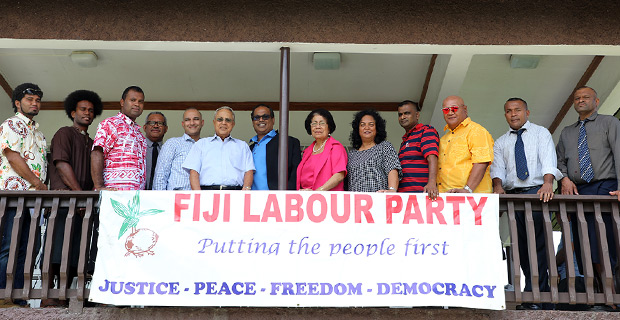 Labour’s Provisional Candidates Leader, Aman Ravindra Singh says that the provisional candidates for the FLP that they have already announced remain and they are working on finalizing the rest of the names so they can submit it next Monday when the nomination of candidates close.

Freedom Alliance Leader, Jagath Karunaratne says that at least two parties have come in a partnership to contest under one banner.

Karunaratne says that they are working together in cooperation based on trust and faith to achieve their goals.

The Freedom Alliance members will resign from the party and join FLP to contest the general elections.

Meanwhile FLP Leader, Mahendra Chaudhry says FLP is a party that has got the mandate of the people twice but unfortunately they were not able to finish their terms on both occasions due to coups.

Chaudhry claims that the Labour Party has the best policies which was first formulated when the party was first formed and since then other political parties have followed their policies.

In the 2014 General Elections, FLP had received 11,670 votes while the Freedom Alliance Party that was known as the Fiji United Freedom Party got 1,072 votes.