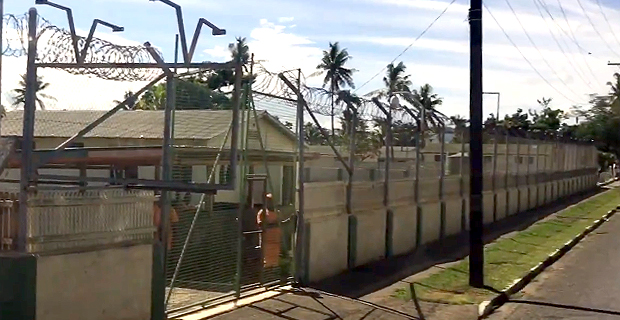 The Fiji Corrections Service is taking proactive steps to prevent the spread of measles in its Correction Centers by ensuring that all prisoners are immunized.

This stance is in support of the frequent warnings that have been disseminated by the Ministry of Health in relation to mass gatherings and the cautionary advice of movements particularly to the Central/Eastern Divisions.

The Commissioner of Corrections, Commander Francis Kean has confirmed that liaison with the Chief Registrar's Office on movement of prisoners from the Western and Northern Divisions for court cases in the Central/Eastern Divisions is to be ceased and adjourned to mid-January until such time further advice from the Ministry of Health is received.

Court movements from the Southern and Central/Eastern Divisions excluding Levuka will continue as per production orders from the Courts. Kean says that currently all prisoners around Fiji including Corrections personnel plus their families have been immunized.

Kean says their only task now is to ensure that all new admissions into their Corrections Centers for both convicts and remand prisoners are administered the necessary vaccine if they have not been immunized.

Kean has requested all visitors to any of the Correction Centers to take along proof of their immunization in order to be eligible for visiting. This includes those from the legal profession who frequently visit clients under the care, plus all other visitors.