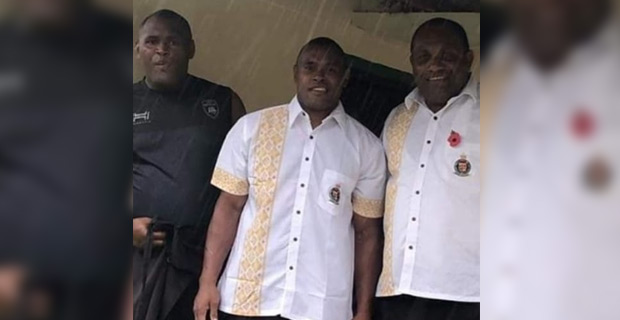 The Fiji Corrections Service remains silent and has not offered any explanation as to why convicted rapist Amenoni Nasilasila was involved in an unofficial Oceania 7s scrimmage session between the Wardens 7s team and the Tuvalu 7s team.

This was only five days after he was sentenced to 8 years imprisonment by High Court Judge Justice Daniel Goundar.

He raped a 24-year-old woman on 22nd December last year.

The incident took place at a settlement in Sigatoka.

We have asked Kean why Nasilasila is being given this special privilege and whether this is part of the Yellow Ribbon initiative.

Fijivillage also asked Kean to explain what Nasilasila has done to deserve this special privilege and is it given to all inmates,  a few days after they are sentenced.

We also sent statements issued by Oceania Rugby and the Fiji women's rights groups to Kean.

Fiji women's rights groups say these actions by the Fiji Corrections Service send a dangerous message to the public that perpetrators of sexual violence will not be held to account, especially when they have national sporting achievements.

Oceania Rugby says it is extremely disappointed that Nasilasila has been connected with an unofficial Oceania 7s scrimmage session as they strongly advocate action to reject all forms of abuse and violence against women and girls across all its member unions.