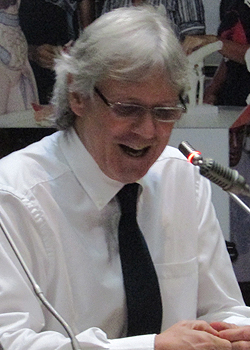 The Fiji National University is estimating costs to design and build a creative arts department in Nasinu that will be included in their capital budget for 2018.

This has been confirmed by Fiji National University Nigel Healey, who says that they have commissioned a comprehensive engineering report to establish the cost of repairing the Raiwai FNU campus and bringing it up to a high standard.

He adds that because the damage is quite extensive and the building is old, this cost was very high and the University Council concluded that it would be more economic to build a purpose‑built creative arts building, housing a television studio, performing arts theatre, mixing suites, sound‑proofed and music practice rooms.

Healey says that the Council has also considered the most appropriate location of a new facility and, because Raiwai campus is in an industrial zone with no sidewalks, it is not ideally suited for a university building.

He adds that the consensus was to build the new facility at Nasinu campus, where there is a lot of unused land and space for car parking.

FNU Vice Chancellor says that the new building will give the campus a cultural hub.

Healey says that their Capital Infrastructure team is presently liaising with staff from the FNU creative arts departments to design the concept for the building.