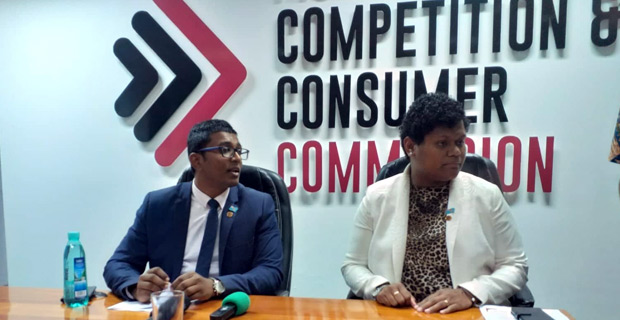 Fijian Competition and Consumer Commission says Fijians need to have affordable access to the internet no matter where they are which is why FCCC has reviewed and reduced charges for the FINTEL cable landing station.

CEO Joel Abraham says a 10-gigabyte line which previously cost $40,000 will now cost $640 effective from the 1st of October.

Abraham adds the reduction will eventually be passed down to the customers.

The Southern Cross cable is the optical fibre submarine cable that links Fiji’s international telecommunications systems with the rest of the world and provides the bulk of Fiji’s internet and data access.

He adds that since data is now an essential and widely utilised commodity which is essential to business and communication and given that FINTEL has a monopolistic position in the market, FCCC undertook a thorough review of the current rates to ensure accessibility of these services for Fijians.

He adds unregulated monopolies can prevent Fijians from accessing important services and does not stimulate competition in markets.

Abraham says the change also means that the cost of service is no longer driven by the capacity of connections, but rather by FINTEL’s capital and operational expenditures.

He says this has resulted in a reduction in FINTEL’s charges for access to the submarine cable.

Ten people were arrested for breaching the nationwide curfew from 10 o’clock last night to 5 o’clock this morning with one suspect possibly ... 59 minutes ago

A Police officer has been charged with Failure to Comply with Orders after allegedly breaching the curfew over the weekend. During the curfew ... 1 hour ago

Good progress is now being made by the Nasinu Town Council to clean up the piles of rubbish which has been building up in the Nasinu area in recent ... 2 hours ago