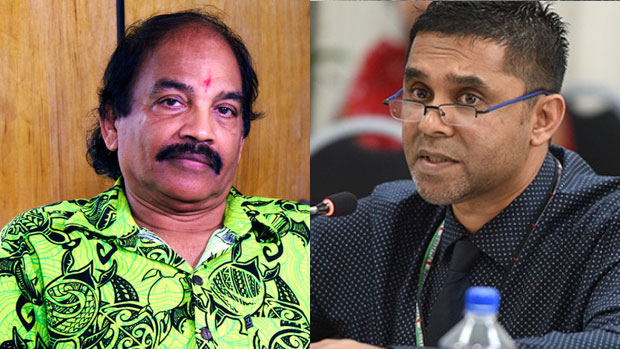 The Fijian Broadcasting Corporation stresses that they will continue broadcasting in Fiji Hindi on their station, Mirchi FM as that is what their listeners understand, want and enjoy while opponents of the change, the Hindi Parishad says they will decide on their next step after their meeting.

Although calls have been made by the Parishad for the radio station to stop broadcasting in Fiji Hindi and to use formal standard Hindi, FBC CEO, Riyaz Sayed-Khaiyum says they were experimenting with Fiji Hindi on the station more than a year ago and not a single complaint was received from people or any political party or organisation.

He says the facts are that at the recent Regional Hindi Conference, Fiji Hindi was accepted by eminent authorities in linguistics as a bona fide language.

Riyaz Sayed-Khaiyum also says the fact is that the use of standard Hindi has been on the decline for many decades and it’s the duty of parents to advocate the learning of formal Hindi for their children at home and school if they wish to.

He says countless Indo Fijian parents have increasingly not been bothered for many decades now to facilitate the teaching of formal Hindi to their children.

Sayed-Khaiyum says this is the reason why radio listeners have for several years found it increasingly difficult to understand formal Hindi.

The FBC CEO also says the Ministry of Education still offers the teaching of itaukei and standard Hindi for any student that wishes to learn the language.

He says added to that, the Fijian government also has a policy to teach conversational itaukei and Fiji Hindi for the purposes of fostering greater understanding between Fiji’s different communities leading to a more unified country.

Hindi Parishad Assistant Secretary, Vigyan Sharma says the roots of the diverse set of religious beliefs, traditions and philosophy of Hindus were laid during the Vedic age, and most of the religious scriptures are written in standard Hindi.

Sharma says the general feeling of the followers of Hinduism is that Hindi is associated to religion and form an integral element of their identity as it directly connects them to their roots, and therefore must be protected and promoted.

Riyaz Sayed-Khaiyum says the decision to switch to Fiji Hindi on one of their radio stations has been done at the behest of their listeners.

By: Vijay Narayan and Rashika Kumar

Meanwhile, University of Fiji Lecturer, Salesh Kumar says Fiji Hindi is part of our daily rapporteur and people speak it on various platforms and in the media and there is nothing wrong with that because they are speaking the language of the people.

However one of the opponents of this change, former Prime Minister and Fiji Labour Party Leader, Mahendra Chaudhry has said that it is not only demeaning, it sounds absolutely ridiculous when one hears Mirchi FM announcers expressing themselves in this medium.

He has called on FBC and Mirchi FM to revert to the use of proper Hindi in its channels.

The FLP Leader says the issue may have its roots in Clause 31(3) of the Bill of Rights in the 2013 Constitution which provides for “conversational and contemporary iTaukei and Fiji Hindi languages” to be taught as compulsory subjects in all primary schools.

Chaudhry says this was imposed without any consultation with leaders of the Indo Fijian community, or the people.

He says the clause must be amended to allow schools to teach the proper form of Hindi. The FLP Leader says this is essential for the preservation of the language, religion, culture and traditions.

The Secretary of Hindi Parishad Fiji, Jainan Prasad had sent an email to the Fijian Broadcasting Corporation CEO, Riyaz Sayed-Khaiyum after their meeting early last month that the Hindi Parishad was very grateful to the broadcast organisation for the meeting with the Parishad and having such a wonderful discussion.

Prasad had said that they are glad that they came and heard FBC’s side of the story and that they understand their position and are in a better position to inform their members and affiliates.

He had also said that they had a good start and hope to continue the discussion.

However, the Parishad has now stressed that they are extremely dissatisfied on the use of Fiji Hindi on the local radio stations and is concerned with the level of public outcry.

When contacted byFijivillage, Prasad says that he sticks by the statement by the Parishad that they oppose the use of Fiji Hindi and the statement was made after discussing the issue with their members and affiliates.