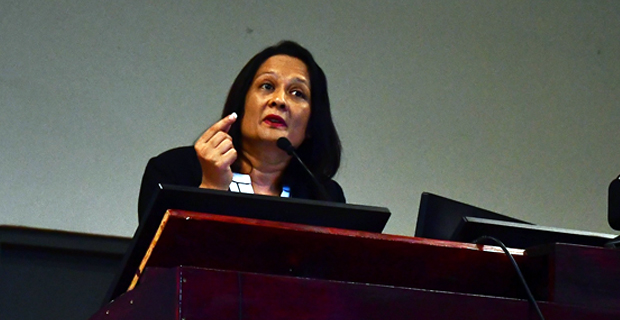 Education Minister, Rosy Akbar has confirmed that they are dealing with some Heads of Schools who are under investigation for serious offences which include alleged corporal punishment, offences of a sexual nature, mismanagement of the Free Education Grant and theft.

While speaking at the Nadroga/Navosa Heads of Schools meeting in Sigatoka, Akbar said that following the completion of the investigations which include both civil and criminal offences, further decisions will be made regarding the Heads of Schools.

Akbar also says some Head of Schools will have their contracts terminated due to abuse of funds on the ground.

The criteria for usage of grants was provided by the Ministry  and she stresses that this must be adhered to strictly.

Akbar says they have entrusted the Heads of Schools with large sums of money and she gets very upset when files of abuse of office or nepotism land on her table.

She says proper planning is vital so that projects which are undertaken in one financial year are completed and if Heads of Schools don’t perform then they will leave a mess behind for their successors.

Akbar says Heads of Schools who have made consistent efforts to perform well and fit into their new roles have been rolled over for a specified period of time while those Heads who need further guidance and support have also been rolled over.

CCTV cameras will soon be installed in locations around Nausori Town to help Police deal with growing concerns about the increasing number of criminal... 18 minutes ago
LATEST NEWS

A 19-year-old woman will give evidence in her uncle’s rape trial which will begin next Wednesday. Suva High Court Judge Justice Salesi Temo was ... 15 minutes ago

US President Donald Trump has issued an executive order banning any transactions with ByteDance, the Chinese company that owns the video-sharing app ... 52 minutes ago

One more person has died from COVID-19 in Papua New Guinea, bringing the total to three. Authorities said the latest victim is a 62-year-old man ... 55 minutes ago

Unemployed Fijians took advantage of Open Market Day 2020 today at Sukuna Park which was initiated to provide a platform to showcase and sell their ... 57 minutes ago