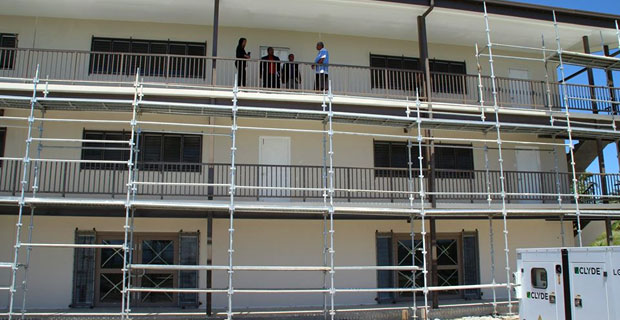 The Ministry of Education has announced that the two government boarding schools, RKS and QVS which have been undergoing renovation works will be ready to accommodate the students on Monday.

Ministry of Education says this renovation is funded by savings from RKS Free Education Grant and hostel grant.

The Ministry says the nation is aware of the tragic fire late last year which razed Degei House, one of the four hostel units housing the RKS boarders, to the ground.

Ministry of Education says the current hostel is being built on an old existing structure while engineers are working on establishing the strength of the remaining burnt building.

The Ministry of Education is working with all stakeholders to rebuild the school dormitories and improve the overall infrastructure of the school.

Meanwhile, Queen Victoria School state of the art three-story building is near completion.

Ministry of Education says this will house additional rooms after the devastation left behind by TC Winston.

Ministry of Education says a new hostel project for QVS will be funded by the Indonesian government, for which the construction work may be expected to be completed within this year depending on resource availability and favorable weather conditions.