Education Minister sure her ministry can work with budget allocation

Education Minister sure her ministry can work with budget allocation 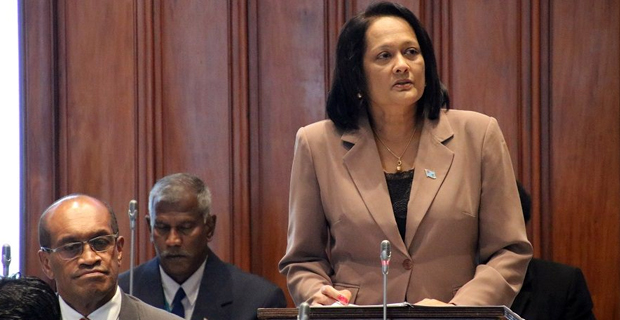 Minister for Education Rosy Akbar says she is sure her ministry can work with the budget allocation for 2019/2020 financial year.

The Education Sector has been allocated over $800 million for the next financial year.

Akbar says she will meet her senior executive teams and study the budget in detail.

It was also confirmed that students under the Tertiary Education Loan Scheme TELS should be going to universities offering their chosen courses near their homes rather than moving to the city to do the same program.

While announcing the 2019/2020 national budget Minister for Economy Aiyaz Sayed‑Khaiyum says it has been noticed that some students are using more tax dollars by moving away from their homes to do courses that are available near their homes.

It was announced that TELS will no longer be allowed for USP Technical Colleges as they do not allow for cross transfers.

FNU allows cross transfers so TELS will continue to fund students going for that.

The Free Milk for Year 1 students will now only be for students in rural and maritime regions.

This follows reports of students playing with boxes of milk and stomping on them.

The program will be monitored in the rural and maritime areas.

It has also been highlighted that some parents have been abusing their children's bus cards.

The Minister for Economy says they will now restrict travel to subsidised students under the free bus fare scheme.

They can only travel from home to school and back and cards can only be used upto 4.30pm.

Students from foundation level will no longer qualify for the  National Toppers Scholarships.