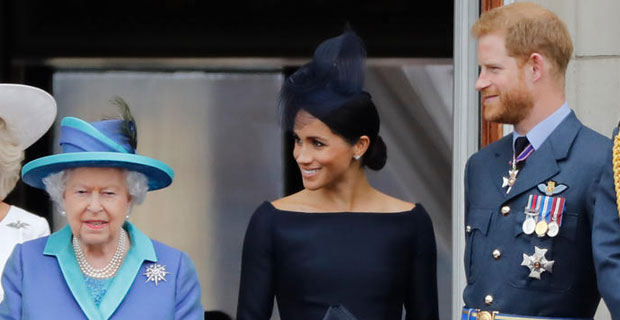 The Queen and The Duke and Duchess of Sussex. [image: RNZ]

The Queen has agreed a "period of transition" in which the Duke and Duchess of Sussex Prince Harry and Meghan Markle will spend time in Canada and the UK.

She said she is "entirely supportive" of their desire for a new role but "would have preferred" them to remain full-time working royals.

The Queen says she expects final decisions to be made in the coming days.

Senior royals have been in talks about Prince Harry and Meghan's role after they said they wanted to "step back".

In a statement, the Queen said the talks at Sandringham, which also involved the Prince of Wales and the Duke of Cambridge, had been "very constructive".

She says her family and her are entirely supportive of Harry and Meghan's desire to create a new life as a young family.

CCTV cameras will soon be installed in locations around Nausori Town to help Police deal with growing concerns about the increasing number of criminal... 53 minutes ago
LATEST NEWS

A 19-year-old woman will give evidence in her uncle’s rape trial which will begin next Wednesday. Suva High Court Judge Justice Salesi Temo was ... 50 minutes ago

Unemployed Fijians took advantage of Open Market Day 2020 today at Sukuna Park which was initiated to provide a platform to showcase and sell their ... 2 hours ago