Driver of Navua accident which claimed 2 lives released on bail

Driver of Navua accident which claimed 2 lives released on bail 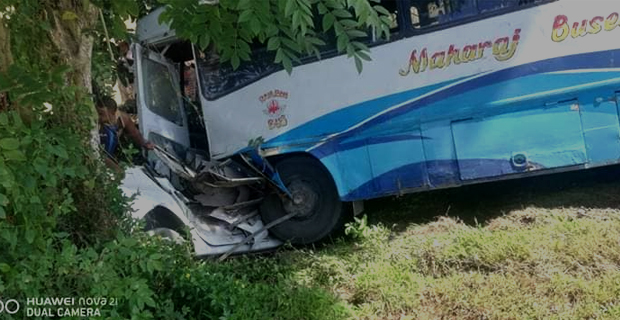 The driver of the bus which had a head on collision with a private vehicle on Monday along the Queens Highway near Kila World in Navua appeared in the Navua Magistrates Court today and has been released on bail.

The 23-year-old driver of the private car and a passenger who was sitting at the back died at the scene.

A 13-year-old is admitted in serious condition at the CWM Hospital.

The case has been adjourned to the 6th of February, next year.

The results for all 24 players that were tested for marijuana, methamphetamine and cocaine use during yesterday’s group matches at the Punjas ... 24 minutes ago