Driver and passenger in Raiwaqa crash were allegedly intoxicated

Driver and passenger in Raiwaqa crash were allegedly intoxicated 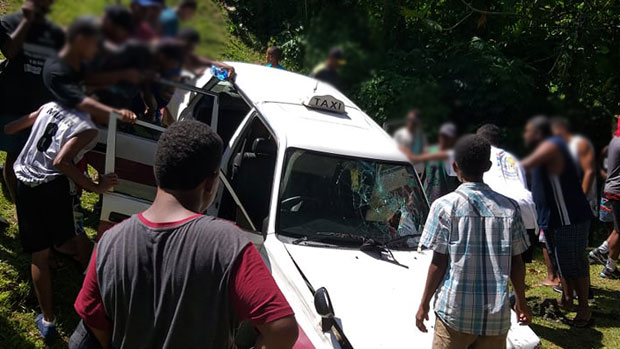 Police say the driver and the passenger in a taxi that veered off Grantham Road and crashed down the hill near Ed’s Court in Raiwaqa were allegedly intoxicated.

The driver is currently admitted at the CWM Hospital.

Police say the passenger is in custody at the Raiwaqa Police Station.

The incident happened as a Basketball game was underway.

People watching the game assisted in taking the driver to the hospital.

No one else was injured.