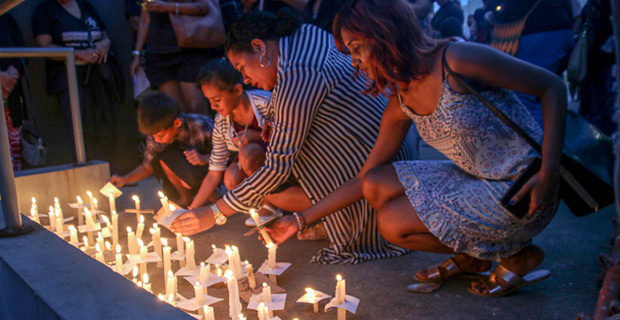 Domestic violence continues to remain a serious concern in our nation as 32 women lost their lives due to partner assaults over the last 5 and half years while 8 women have died due to domestic violence this year.

Ali says an average of six women are murdered every year at the hands of their partners who were supposed to be protecting them.

She says this happens not only after just one argument and it is after months and years of abuse which were not checked.

Ali adds that victim blaming is also a major issue as relatives and people who attend the funerals and even some Police officers who carry out the investigations sometimes blame the victims that they have caused their own deaths.

She says this is happening because of the patriarchal society that we live in and it has to do with power and control.

She says the centre can help victims of domestic violence but they cannot do it alone.

She stresses that as a community we need to work together to save our sisters, mothers and daughters and also create more bystander awareness in the community and at the district level.

More than 50 people including children took part in the candlelight vigil to remember the 8 women who lost the their lives to domestic violence this year and also honor those who are survivors.