Derenalagi, Tuimaba and Botitu hope to continue 2018-2019 series form as they head into new season

Derenalagi, Tuimaba and Botitu hope to continue 2018-2019 series form as they head into new season 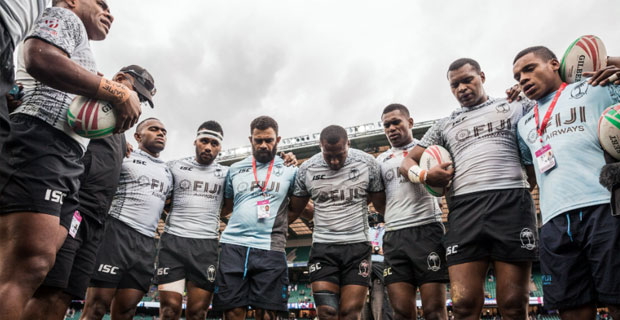 Meli Derenalagi, Aminiasi Tuimaba and Vilimoni Botitu will be hoping to continue their fine form from last season as we head into the new HSBC 7s Series from next month.

The Fiji Airways Men’s National 7s trio were also nominated for the Rookie of the Year Award last season which was eventually won by Derenalagi while Botitu was the winner of DHL Rugby Impact Player Award.

The three together with World 7s Series Player of the Year, Jerry Tuwai, Alasio Naduva, Paula Dranisinukula and Sevuloni Mocenacagi will play a key role as Fiji aims to defend the 7s series title and defend the Olympic Gold medal in Tokyo next year.

Meanwhile, Fiji is pooled with France, Argentina and Japan for the Dubai 7s which starts from on the 6th of next month.

Five new COVID-19 cases. This means there have 8 border quarantine cases since 6th July 2020. All cases in stable condition. Only one of the cases hav... 6 minutes ago
LATEST NEWS