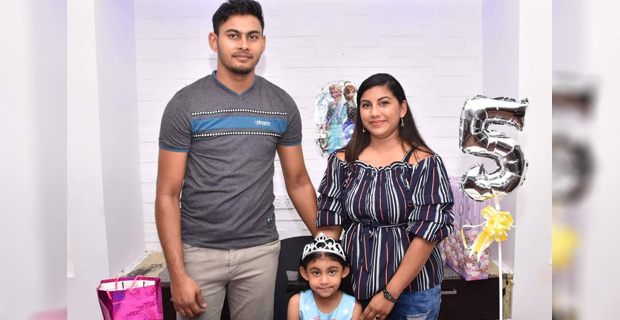 Deepesh Kumar with his family

Christmas has come early for Deepesh Kumar of Caubati as he is the lucky winner of the Navtarang Trip to India Promotion sponsored by One World Flight Centre and Memsaab.

The 25-year-old has won an air ticket and five days accommodation to Mumbai, India.

Kumar says he was asleep when he received the call from Navtarang and Radio Sargam Content Director, Satya Nand, informing him that he had won.

He says he was in disbelief and thought someone was playing a joke on him.

Kumar says he made Nand play some Navtarang advertisements over the phone before he realised he had won the promotion.

Kumar says he will be travelling with his wife and five-year-old daughter to India.

He also revealed he had only taken part in the competition once.

The Acting Permanent Secretary for Health, Dr. James Fong will hold a press conference at 3 o’clock this afternoon in relation to COVID-19. Stay wit... 50 minutes ago
LATEST NEWS