Telecom Fiji CEO Charles Goundar says customers will not pay 10 cents per gigabyte data levy that was introduced in the Telecommunications Amendment Bill.

Goundar says with the removal of the voice levy and the reduction in landing costs at FINTEL, Telecom is able to pay the 10 cents levy without pushing it onto their customers.

He says the company will always support development in rural and maritime areas.

Meanwhile, Vodafone Fiji will also absorb the 10 cents per gigabyte data levy and not pass this cost to its consumers.

Parliament passed the Telecommunication Amendment Bill on Thursday which means that telecommunication service providers will have to pay government 10 cents levy for every gigabyte of data used by their customers. 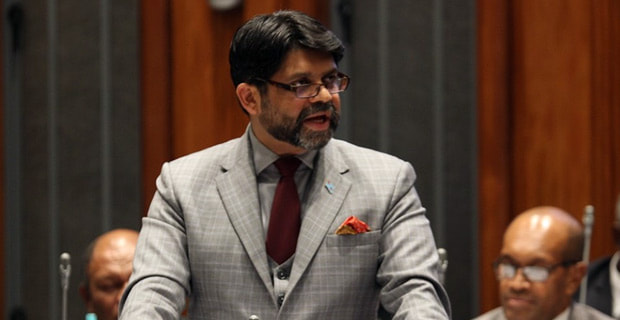 Attorney General and Minister for Economy, Aiyaz Sayed‑Khaiyum says they had to bring this policy as revenue for the Telecommunication Development Trust Fund has significantly dropped.

32 minutes ago
Man accused of raping 10-year-old granddaughter claims he is being abused and molested in remand by inmates 32 minutes ago
Former Assistant Treasurer of iTaukei Affairs Board pleads guilty to charges of corruption 3 hours ago
Man charged with a count of robbery sentenced to 2 years, 4 months and 23 days imprisonment 4 hours ago
... More News ...