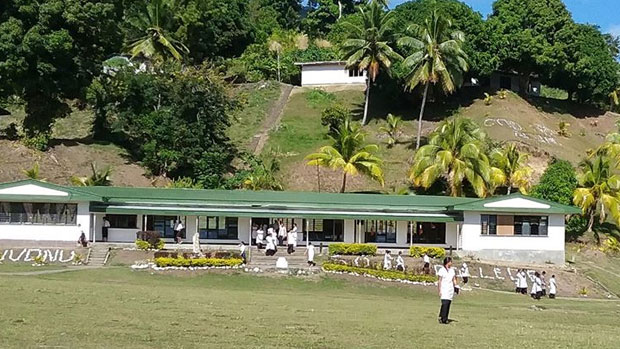 The Fiji Court of Appeal will deliver its judgement on notice in the appeal of the Attorney General for and on behalf of the Ministry of Education against Vatuvonu SDA College and five trustees.

While making his submission on behalf of the Ministry of Education, Solicitor General Sharvada Sharma says the appointment of teachers is a constitutional right.

Sharma says any employee appointed by the Permanent Secretary of   Education is a public officer.

Sharma says Section 4 sub-section 3 of the Fijian constitution states that the state and religion are separate.

Sharma adds that any religious organization can appoint their own heads of schools provided they pay for their salaries.

The lawyer for the SDA Church, David Bennett says they have a constitutional right to not accept the ministry’s appointment of a Principal to it’s schools.

He says the constitution confers on the church the right to establish, maintain and manage schools and the exercise of that right means the church does not have to accept a Principal the Ministry of Education wishes to appoint to it’s schools.

Bennett says there is no law that obliges the church to accept such an appointment of a principal.

He adds if the Ministry of Education chooses to provide financial assistance to a school, it cannot make it a condition of such assistance that the school must accept any appointment made by the government because that is provided in Section 22 sub-section 4 and it would also have the effect of undermining the separation of religion and state as enshrined in section 4 of the Constitution.

This is in relation to the ruling by the High Court whereby it had ruled that the government is required to appoint a civil servant as Principal of Vatuvonu SDA College in terms of the Open Merit Recruitment Selection and in a manner consistent with the constitutional right in section 22(4) which means that the proposed appointment must be acceptable to the Church.

The High Court had also declined the application by the Attorney General's Office that sought an order that the five trustees of the Seventh Day Adventist Church in Fiji do not interfere with the Ministry of Education's right to appoint any suitable Head of the School and any Acting positions.