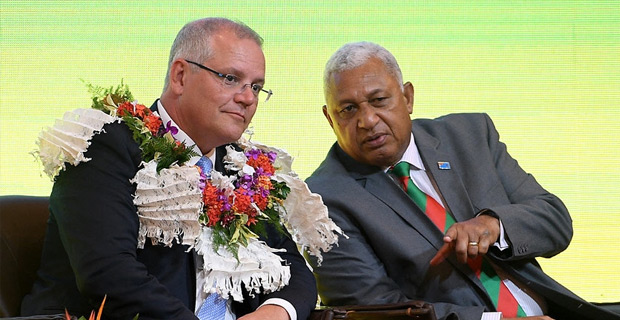 Prime Minister Voreqe Bainimarama will be having discussions on climate change with the Australian Prime Minister, Scott Morrison during his first ever official visit to Australia this week.

Climate change is projected to be at the top of the agenda, among other important matters when the two will meet in Australia.

Bainimarama had earlier stated that his first official state visit will happen in an atmosphere of friendly engagement.

He stated in parliament last week, that part of his visit will also focus on examining the progress Australia is making in the development of renewable energy and those advances that might benefit Fiji and other Pacific nations.

On the Vuvale Partnership that Fiji shares with Australia, Bainimarama says that this would allow room for exchanges during the visit and at the same time, celebrate the wonderful relationship Fijians have with the Australians.

Bainimarama will also meet the Fijian communities in Sydney and Canberra.