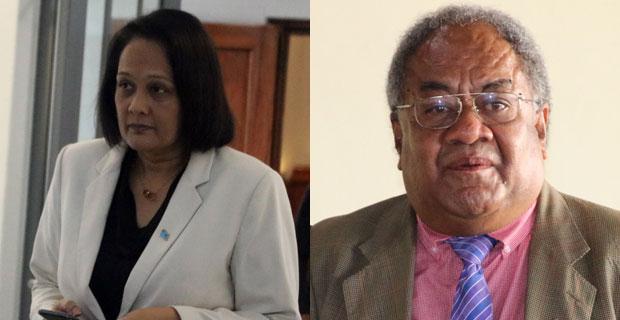 Minister for Education, Rosy Akbar has stressed that the appointment of the new Acting Principal of Lelean Memorial School is based on the Open Merit Recruitment System.

Secretary of the Lelean Old Students Association, Sakiasi Ditoka has also said in a statement released to all Lelean ex-scholars that Mohammed Feroz Khan, a non Christian, has been appointed as Lelean’s Acting Principal. Ditoka says towards the end of 2019, the previous Permanent Secretary of Education, Alison Burchell, had confirmed that the then Vice Principal of Lelean, Marika Sovaki, was to be the new Principal.

Ditoka says the central tenet of Lelean Memorial School has always been Christ, taught in the methodical way of Wesley. They say that the appointment of Khan was done without any consultation with the church leadership as has been done in all previous appointments of leadership in the Methodist Church schools.

He says it is not a personal objection whatsoever against Khan but it is a matter of principle that the government has seen fit to totally and absolutely violate. Ditoka says Lelean has always welcomed teachers of other faiths and ethnic backgrounds into its fold with open arms but at the same time, it has always reserved the leadership role for a member of the Church.

Methodist Church President, Reverend Vakadewavosa says that they have written to the Education Ministry and want the Acting Principal to be changed.

Minister Rosy Akbar stresses that there was no arrangement with the previous Permanent Secretary to appoint the Vice Principal as the Principal this year.

Akbar says the Ministry also has the right to appoint the heads of schools based on merit.