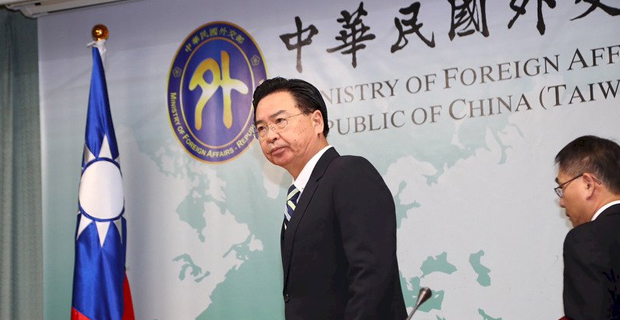 China’s Foreign Ministry is commending the Kiribati government for its decision to recognize the one‑China principle, and sever its diplomatic ties with Taiwan authorities and resume diplomatic relations with China.

China Foreign Ministry Spokesperson, Geng Shuang says China highly commends the decision by the government of Kiribati to recognize the one‑China principle, and sever the so‑called diplomatic ties with the Taiwan authorities and re‑establish its diplomatic relations with China.

Shuang says they support Kiribati in making such an important decision as a sovereign and independent country.

He says there is but one China in the world and the government of the People's Republic of China is the sole legitimate government representing the whole of China and Taiwan is an inalienable part of China's territory.

Shuang says these facts are recognized by UN resolution and constitute the universal consensus of the international community.

He says on the basis of the one‑China principle, China has established official diplomatic relationships with 178 countries.

Shuang says recently, Pacific Island countries including the Solomon Islands and Kiribati decided to recognize the one‑China principle, sever "diplomatic ties" with the Taiwan authorities and this again fully shows that the one‑China principle meets the shared aspiration of the people and is an irresistible trend of the times.

As the tourism and hotel business transitions into the next phase of survival, operators involved in the tourism industry will be considering extended... 58 minutes ago
LATEST NEWS

Four police officers charged with allegedly assaulting some suspects between 25th and 26th January 2018 during a drug raid operation in Tavua have ... 54 minutes ago

The debate on the Legal Practitioners Amendment Bill 2020 will take place this Thursday. Attorney General, Aiyaz Sayed-Khaiyum says the bill seeks ... 55 minutes ago