Children can report domestic violence to the police - Akbar

Children can report domestic violence to the police - Akbar 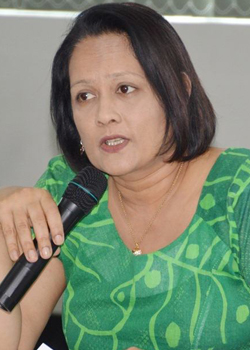 If you hit your children, we have the powers to take your child away.

These were the words Minister for Women and Children Rosy Akbar while declaring Bangladesh Settlement in Tavua a Zero Tolerance Violence Free Community.

Akbar says it is not their job to separate families however they want to ensure that people live peacefully with their families.

She says declaring a community as zero tolerant means that people commit to solving their problems in any other way than violence.

The Minister says 87 communities have already been declared violence free but they still see violence taking place in these communities.

Meanwhile the women of the settlement were also encouraged to invest in their own business and were asked to contact their Women’s district officers with their requests.

The results for all 24 players that were tested for marijuana, methamphetamine and cocaine use during yesterday’s group matches at the Punjas ... 36 minutes ago