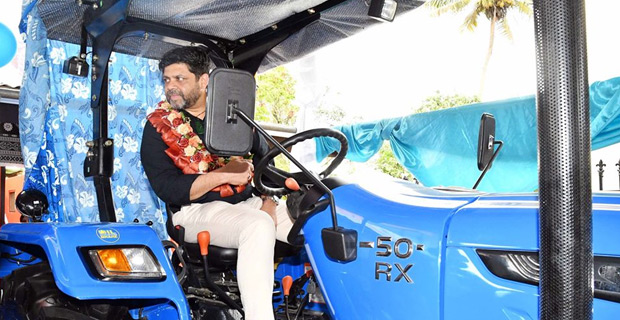 Carmart Limited in Waila, Nausori has launched a new brand of the tractor in Fiji, Sonalika Tractors.

Acting Prime Minister and Minister for Economy, Aiyaz Sayed-Khaiyum has applauded the efforts of the owner of Carmart Limited, Rakesh Kumar who grew his business from humble beginnings that started in a tin shack.

Sayed-Khaiyum says the sense of entrepreneurship in ordinary Fijians who not only excel themselves but take many others on the journey with them has been applauded.

He says he wants to acknowledge someone like Rakesh as there are many like him who have started really small yet have the ambition and the drive to put together the business plan.

Sayed-Khaiyum says Rakesh started really small and today he is dealing with an international company.

Carmart PTE Limited has brought in three tractors from India and more are expected to arrive in the coming weeks.

A Chinese fishing vessel which has been carrying a dead crew member from May this year is stuck out at sea. An agent of the vessel has told ... 49 minutes ago