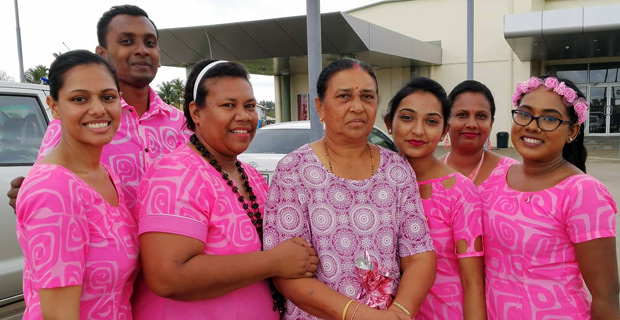 67-year-old breast cancer survivor, Shivneet Nand says people should not delay in getting screened if they feel an unusual lump on their breast because early detection saves lives.

Speaking at the Pinktober awareness program hosted by the Nakasi Health Centre today, Nand says she was diagnosed with breast cancer in August 2002, and in October she had her breast removed in Sydney.

She says she always followed what the doctors always advise people on how to undergo the self-exam procedures at home and that was when she felt a lump.

Nand says with the early detection, the doctors also saved her lymph nodes and there was no need for chemotherapy.

She says she had undergone counseling and physiotherapy and was on tamoxifen for the first five years to help with her recovery and with the support of the medical officials and her family she is recovering well.

Nand was invited to speak to the members of the public on the importance of early detection of cancer and the advantage of getting early screenings.