Bushfires continue in NSW and Queensland in Australia

Bushfires continue in NSW and Queensland in Australia 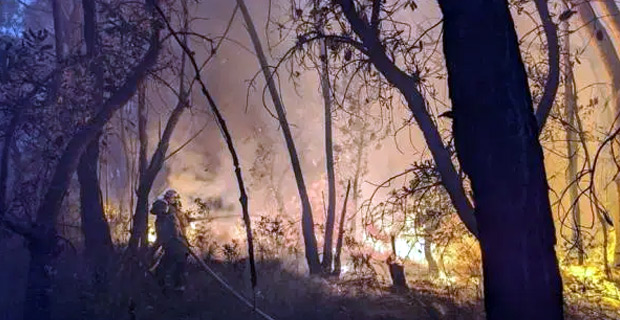 Bushfires continue in New South Wales and Queensland in Australia this morning even though conditions started to ease last night.

It comes after a horror few days which saw firefighters battle an “unprecedented” number of emergency level fires on multiple fronts.

"NSW and Qld fires: Residents told to leave as fires flare up in parts of Queensland" https://t.co/c6YetbLp6I

At 10 o'clock last night, there were 69 fires burning across NSW with 14 Watch and Act alerts.

Over 1000 firefighters remain in the field to protect properties.

Conditions are expected to worsen over the weekend.

At least 50 homes were damaged or destroyed on Tuesday.

A fireworks display over Sydney harbour last night has also been described as "stupid" and insensitive given the bushfires and total fire ban in NSW.

A 37-year-old man who is alleged to have raped, assaulted and robbed a 58-year-old woman in a settlement in Suva has pleaded not guilty to all his ... 41 minutes ago

A 36-year-old man from Samabula who was allegedly found with two bags of methamphetamine and five bullets of marijuana has been remanded in custody ... 45 minutes ago

Former Lawyer Shazran Abdul Lateef and Zoe Maharaj Moore who are charged with drug-related offences will take their plea on the 22nd of this ... 48 minutes ago

Police and the Land Transport Authority of Fiji are searching for a suspect of a hit and run incident which caused the death of a man in Saweni, ... 54 minutes ago