Buadromo and AG clash over the issue of violence in Fiji

Buadromo and AG clash over the issue of violence in Fiji 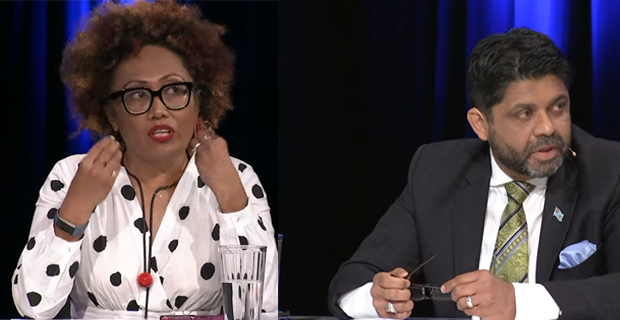 Acting Prime Minister and Attorney General, Aiyaz-Sayed Khaiyum says it is the FijiFirst government that has brought the domestic violence law which now ensures that people can get redress.

He made this comment in the television discussion program - ABC's Q&A at USP’s Japan ICT at the Laucala Campus when panelist Virisila Buadromo had stated that there is this psyche that exists in Fiji that violence is okay and that psyche is perpetuated by the government and the Prime Minister.

She said what she wants to know and what everybody wants to know is what is being done to stop the “Buturaki Culture” before people go to prison.

As Sayed-Khaiyum was talking he was interjected by Buadromo.

Sayed-Khaiyum then responded by saying that it is the current government that has brought the law.