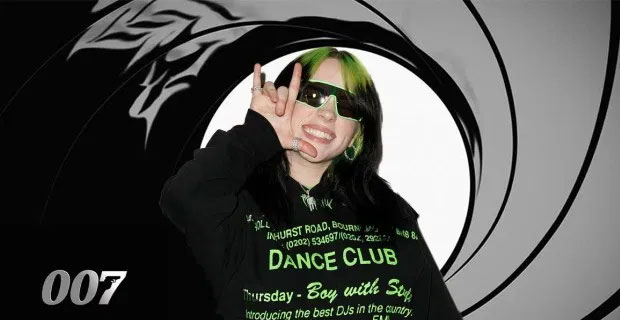 Popstar Billie Eilish has recorded the title track for the new James Bond film, No Time To Die.

The 18-year-old US singer is the youngest artist in history to write and record a theme for the franchise.

The #NoTimeToDie title song will be performed by @billieeilish. Billie has written the song with her brother @finneas and is the youngest artist in history to write and record a James Bond theme song. pic.twitter.com/Qd5cYIRlmg

She says it feels crazy to be part of this in every way adding James Bond is the coolest film franchise ever to exist.

The last two Bond themes, Adele's Skyfall and Sam Smith's Writing's On The Wall (from Spectre), have both won an Oscar.