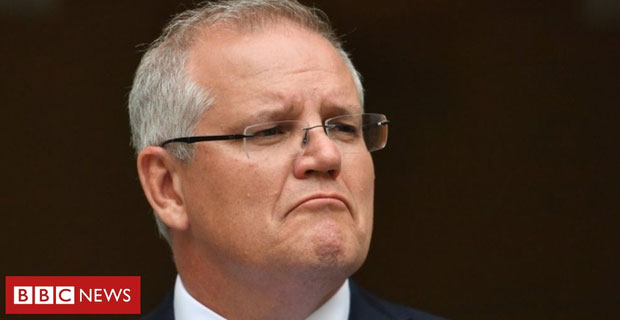 Australia's Prime Minister Scott Morrison has expressed regret over his handling of the bushfire crisis ravaging the country.

The PM has faced mounting criticism over his government's response to the bushfires and its climate policy.

Since September, bushfires have killed at least 28 people and destroyed thousands of homes.

Morrison has conceded there were "things I could have handled on the ground much better".

In recent weeks, Morrison has been heckled by locals when visiting fire-hit communities in the states of New South Wales and Victoria, where the worst blazes are concentrated.

Fiji Labour Party Leader, Mahendra Chaudhry has questioned the presence of the Economy Minister, Aiyaz Sayed-Khaiyum at Natabua High School on ... 8 hours ago