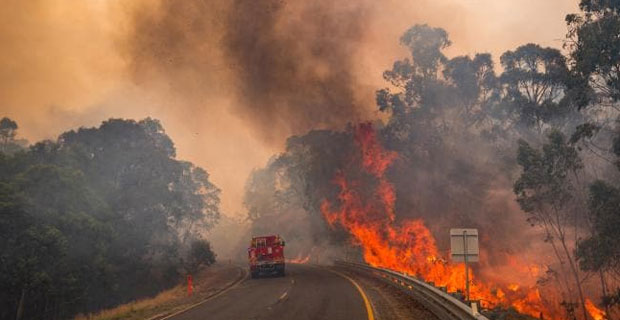 A firefighter has died while working to contain a blaze in the Omeo area in Victoria. [Photo: Jason Edwards]

An Australian firefighter has died while working on a blaze near Victoria.

Forest Fire Management Victoria chief fire officer Chris Hardman says the firefighter was involved in an incident while working in the area around the town in East Gippsland.

Donations can be made through deposits in Westpac account number 9800935794. People can also make donations through their M-PAiSA account by using the M-PAiSA app where people will have to go to the business payment section and select Australia Bushfire Appeal and enter the amount.