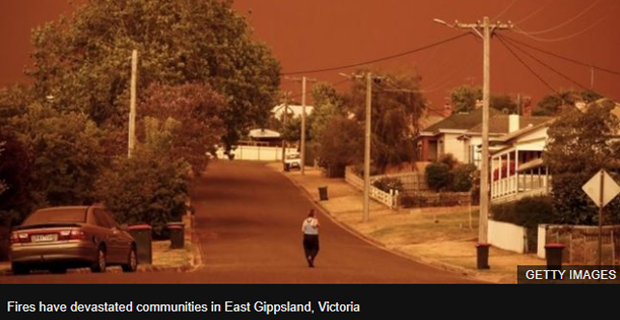 The Australian state of Victoria has again declared a state of disaster ahead of forecast "dangerous, dynamic" conditions in a massive bushfire zone.

Despite a national bushfire crisis raging since September, the south-eastern state is only entering what is considered to be its worst fire months.

The danger is predicted to be greatest tomorrow due to hot, volatile weather.

There are also warnings for South Australia and New South Wales  where fires continue to endanger lives and homes.

Temperatures are forecast to climb as high as 41C and be accompanied by dangerous winds and dry lightning - storms without rain.