Attack on motorists in Germany investigated as terrorism

Attack on motorists in Germany investigated as terrorism 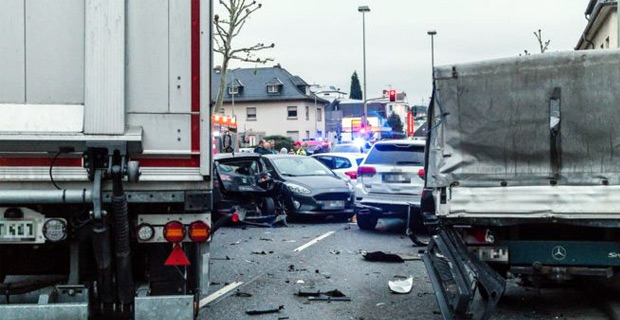 The lorry driver described being dragged from his cab before it was driven into a queue of traffic [Photo:Getty Images]

An attack on motorists in the Western town of Limburg in Germany this morning is being investigated as terrorism.

Seven were treated in hospital.

A thirty-two-year-old suspect has been arrested.

Originally from Syria, the man has been living in Germany since 2015.

The government developed two web platforms through the Geographic Information System (GIS) to better plan and mobilise resources during the COVID-19 ... 31 minutes ago