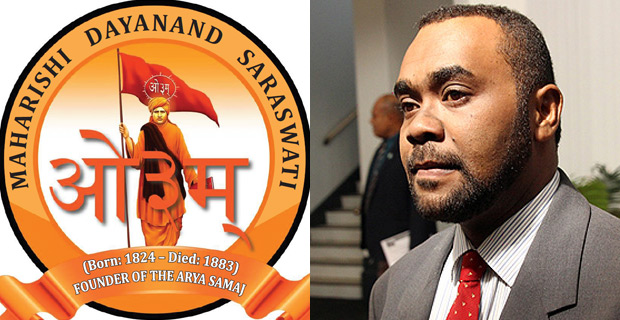 The Arya Pratinidhi Sabha of Fiji has called on SODELPA MP Mosese Bulitavu to apologise via paid advertisement in the local print media and show a greater sense of responsibility and sincerity of purpose.

This comes after Bulitavu had claimed on social media that the stabbing of a partner is a ‘vulagi’ or foreign way of doing things for the iTaukei and have been brought in by the descendants of indentured labourers from British India.

The Arya Pratinidhi Sabha of Fiji says the apology tendered by Bulitavu was at the behest of the SODELPA President Ro Filipe Tuisawau and not at his own volition, hence there is an absence of sincerity on the part of Bulitavu.

The Sabha nonetheless thanked Ro Filipe Tuisawau for pulling up his wayward politician and bringing him to acceptable public standard.

The Sabha says they strongly condemn Bulitavu’s racially discriminatory and divisive outburst that Fijian women of Indian ethnicity are promiscuous.

The Sabha adds they believe Bulitavu had lost his sense of direction when he uttered the discriminatory and derogatory remarks on social media against the Fijian women.

The Sabha adds the statement by Bulitavu is baseless and without any substantiated statistics or relevant data to give credence.

The Sabha says Bulitavu’s social media posting had a hint of machismo with total disregard to female modesty and defencelessness.

Arya Pratinidhi Sabha of Fiji further stated like all other women in Fiji, Indo-Fijian women have contributed immensely to Fiji’s development and progress from the very period of indenture to date and as a nation we must appreciate that fact.

The Sabha says they are equally saddened by Bulitavu’s remarks that iTaukei women needed to be thankful that they were not subjected to physical violence with weapons.

They say any form of violence is abhorrent and the Sabha strongly believes that the utterances are devoid of respect and love towards all women.

The Sabha adds as a public figure Bulitavu should be advocating messages of peace, unity and respect.