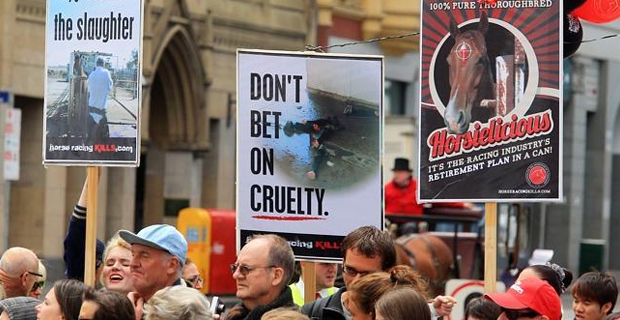 Animal activists are expected to make themselves known outside the racecourse where thousands of people will watch the Melbourne Cup.

The Coalition for the Protection of Racehorses has planned a protest outside Flemington racecourse today amid the bustle of the "race that stops the nation".

This is not the first time people concerned about the treatment of racehorses have protested against the Melbourne Cup.

Metro Trains and Victoria Police have spent $100,000 to tighten security for the race and help people arrive there smoothly.

8 million Australian dollars is up for grabs in the Melbourne Cup which starts at 4 o'clock this afternoon.

Asco Foundation has donated $15,000 to the Foundation for the Education of Needy Children(FENC Fiji), to assist children impacted by TC Harold and ... 32 minutes ago

FICAC has sought more time to file further information in the case of the suspended Director Intelligence, Compliance and Investigations of the Fiji ... 47 minutes ago