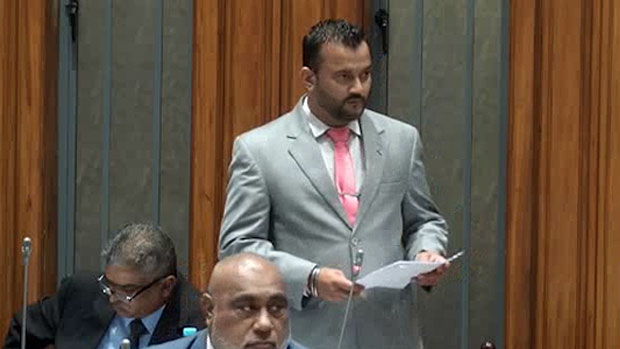 Assistant Minister for Employment and Youth and Sports and Government Whip, Alvick Maharaj has attacked the National Federation Party for walking out of parliament this morning and has also labelled NFP leader, Professor Biman Prasad a puppet.

Maharaj says once again the NFP has showed that they bow down in front of Opposition Leader, Sitiveni Rabuka and follow SODELPA like their tail.

As the parliament resumed after the tea break without any member of the opposition, Maharaj told the Speaker, Ratu Epeli Nailatikau that as the voice of young Fijians, they don’t understand what the opposition will achieve by staying outside parliament and what good they will bring to the nation.

When contacted by Fijivillage, Professor Biman Prasad said he cannot comment on this as it was said in parliament.