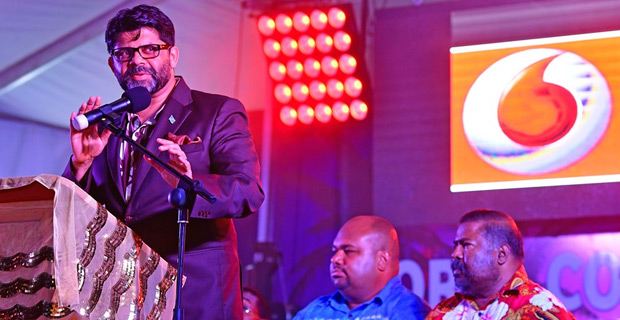 Acting Prime Minister and Minister for Economy, Aiyaz Sayed-Khaiyum says its not easy to be scrutinized and criticized by everybody.

Speaking at the opening of the Coral Coast Carnival in Sigatoka last night, Sayed-Khaiyum says the contestants are brave and must be thanked for putting themselves up for scrutiny.

He is also urging the residents of Sigatoka to be proud of their town.

He also informed the residents about several projects that are underway to improve the lives of the people of Sigatoka that includes river embankment program, road construction and street lighting initiatives and water reticulation program.

He adds these carnivals are significant for communities as it brings people together for a particular cause that is critical for any society to ensure the communities have a good spirit and well being.