A lot of opposition members are confused - PM

A lot of opposition members are confused - PM 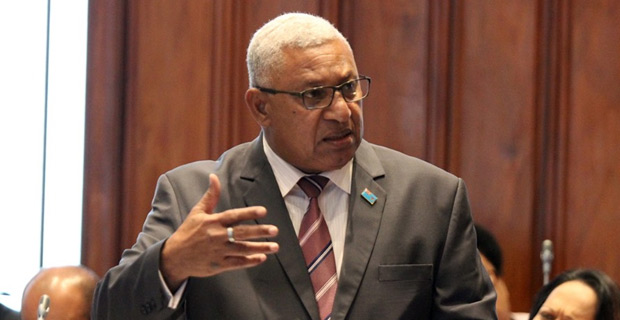 Prime Minister Voreqe Bainimarama has highlighted that there seems to be a lot of confused opposition members in parliament.

Bainimarama spoke on the motion in the budget committee of supply in parliament after SODELPA MP Mosese Bulitavu proposed to increase the budget allocation by another $4 million for the extension of the CWM Maternity Unit.

Bainimarama says Bulitavu should realize that this is not an allocation for the old existing building but the new maternity unit extension.

Bulitavu says even though government has a grant for new born babies, the wellbeing of a baby starts when a baby is born into this world and government needs to upgrade the facilities.

While supporting the motion, SODELPA MP Lynda Tabuya says there is a need for an increase in the budget allocation as this is a vulnerable time for a mother and child.

Meanwhile Minister for Economy, Aiyaz Sayed-Khaiyum then said that they have allocated $4 million because this is an extension to the existing building. Sayed-Khaiyum also says that this extension will be designed by international modern hospital designers and not like the designs that was done before where problems are faced now due to lack of knowledge.

Bulitavu’s motion was defeated in parliament.