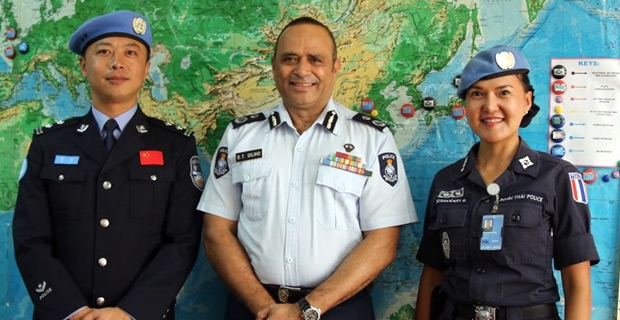 Superintendent 2nd Class Mao He from the UN Headquarters Police Division and Lieutenant Colonel Sudsawart Phonganong from the United Nations Mission in South Sudan (UNMISS) conducted the weeklong assessment which consisted of a language assessment, driving Test and weapons handling and shooting a test.

He says they have the Government's support and will explore avenues through the UN and their networks to procure the resources needed to fulfill their mission.

Qiliho adds Fiji is interested in deploying a full contingent of women officers and they would also work towards ensuring their women officers are ready to undergo the training if their proposal is considered.

Any Police officer, nominated for service with the United Nations must meet minimum requirements, including professional experience, language skills, mission-specific skills, driving skills and firearms proficiency and once an officer passes he or she is cleared for 24 months for deployment with United Nations Police.

Australia's second-largest city has begun a second lockdown in response to a spike in new coronavirus infections. Melbourne's five million ... 27 minutes ago

A man who drugged, abused, and raped a woman at a hotel in Nadi has been sentenced to 10 years imprisonment by High Court Judge Justice Chamath ... 41 minutes ago