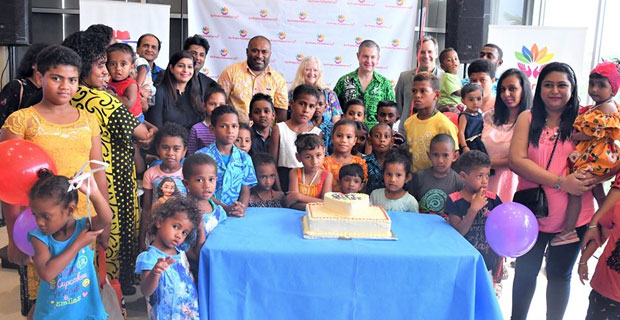 71 children have been given a new lease of life after been given free heart surgeries by the Sai Prema Foundation, at a cost of 7 million dollars over the last 3 years.

The Director of the Sri Sathya Sanjeevni Fiji and Medical coordinator of the Sai Prema Foundation, Dr. Krupali Tappoo has highlighted that these surgeries were performed by an international medical team of professionals from the United States of America, Australia, and India.

Dr. Tappoo says over 3 years in conjunction with the Ministry of Health, over 6000 patients have received medical treatment free of charge.

She says Sai Prema Foundations Be A Hero Blood drive across towns and city's of Fiji is the highest blood collector for the Fiji National Blood service for the past 3 years collecting over 4000 units of blood.

Dr. Tappoo says the Sai Prema also protects and looks after the need of unprivileged family's and the distribution through distribution of groceries and other general needs and so far over 60 thousand meals have been served.

She says the foundation has also initiated a Children of God Project, to look after specific needs of orphan children.

Tappoo adds the Sai Prema Foundation in Fiji and the Shree Satya Sai Sanjeevni  Hospital in India have collaborated to build capacity and up skill medical professionals in Fiji  .

She says the foundation has also initiated the children of God project that looks after the specific needs of orphans.

Meanwhile, Minister for Health Dr Ifereimi Waqainabete says Sai Prema Foundation has partnered with the Ministry of Health to serve rural villages and see up to 100 people per month.

Dr. Waqainabete says the foundation has helped a lot in giving these children a new life by providing free life-saving heart surgeries.